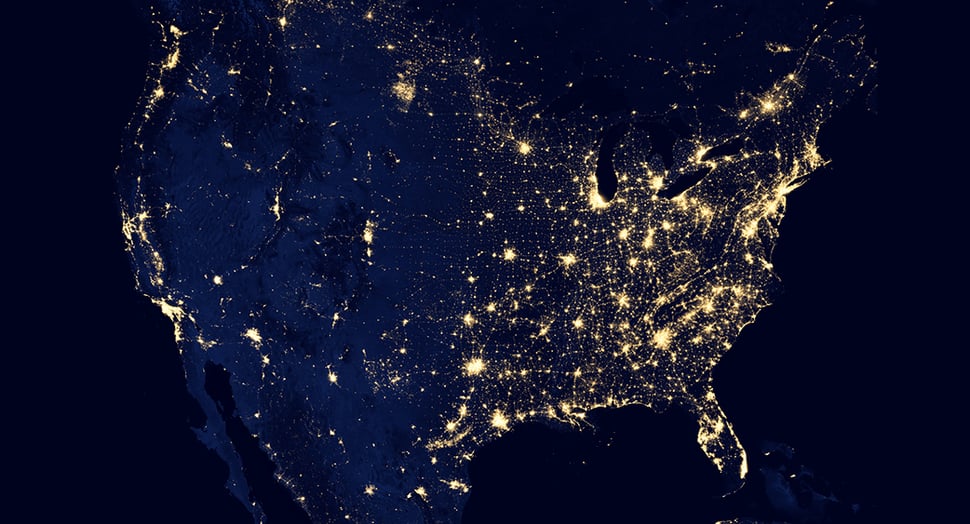 Evidence of climate change was first discovered by scientists in Europe during the 19th century. Though, it didn’t become a hot political topic in America until about 15 years ago.

The effects of greenhouse gases and the importance of reducing carbon emissions are debated among scientists and politicians today. Certain private companies have taken their own stance on the issue, turning to greener manufacturing methods and developing products that decrease the carbon footprint of consumers. This is becoming especially prevalent among auto-industry giants like Tesla, Nissan and Volkswagen, which champion electric vehicle technology.

There are a lot of advantages to owning an EV over a gas-powered vehicle. However, many would argue that the greatest benefit of all is contributing to a more inhabitable planet for future generations.

A quick lesson on carbon emissions

Carbon dioxide (CO2) is one of six greenhouse gases, which absorb and emit thermal energy. When the carbon from the fuel of traditional gas-powered cars combines with oxygen, C02 is created (which explains why the exhaust from these vehicles is always hot).

The result of high C02 emissions is known as the greenhouse effect, which involves thermal energy getting trapped in the atmosphere, causing temperatures to increase. Air pollution is also a problem that comes along with burning fossil fuels like gasoline, coal and oil. In highly-populated areas, carbon monoxide from vehicle exhaust can lead to serious health problems, such as heart disease, asthma, and birth defects.

As humans keep burning fossil fuels to power their factories, airplanes and cars, the air will become more polluted and the planet will continue to get warmer. This may cause future generations to endure a wide range of consequences, from droughts and heatwaves to hurricanes.

The type of battery used for storing electricity depends on the make and model of your EV.

If you own an electric car, chances are it’s being powered by a lithium ion battery. These batteries, which are also used for portable electronics like cell phones, are the most commonly used in EVs because they are lightweight and have high energy efficiency. Plus, they perform well in high temperatures.

Lead-acid batteries are a safe and cheap option. However, since they have a short lifespan and a weak cold-temperature performance, they are currently only used for secondary power storage in commercial EVs.

Often found in hybrid models, nickel-metal hydride batteries rely on fuel to be recharged, rather than an external plug-in. They offer a comparatively long life cycle and little maintenance. However, they are also expensive and heat up quickly when exposed to high temperatures.

Clearly, the auto industry plays a big role in the level of carbon emissions produced by humans. There are around 115 million cars on American roads each day, most of which are gas-powered. In fact, electric vehicles make up less than 2% of cars in the U.S. today. The result is a massive carbon footprint, contributing to rising temperatures and higher levels of air pollution year after year.

Luckily, new technologies are making it easier for people to use less fossil fuels and more on renewable resources like solar, wind, geothermal and biomass energy.

How EVs are helping save the planet

EVs help reduce emissions by relying on electricity from renewable energy. While most of this power is derived from natural gas, many EV owners get their power from solar panels that they set up at home.

In addition to not polluting the surrounding air with harmful chemicals, most EVs actually provide higher energy efficiency than gas-powered cars, making them an increasingly popular choice among consumers. In fact, the majority of Americans agree that EVs will soon dominate the auto industry.

When purchasing an EV, consumers are not only reducing their own carbon footprint, but they’re also making the driving and maintaining of a car more convenient and cost-efficient, with respect to residential charging stations.

As American auto-manufacturers continue developing competitive EV models, more public charging stations are opening up, and more houses and buildings are being wired to accommodate portable charging units. However, some states are moving faster in this direction than others. California, in particular, has the highest EV sales by far.

In order to see how quickly each state is adopting EV technology, check out this data from EVAdoption, which shows how much their EV sales increased from the year 2017 to 2018. With the exception of Vermont, sales went up in every single state.

Here are the 10 states that experienced the largest increase in EV sales during that year:

Interested in learning more about how EVs are benefiting both consumers and the planet? Connect with us at Webasto today!