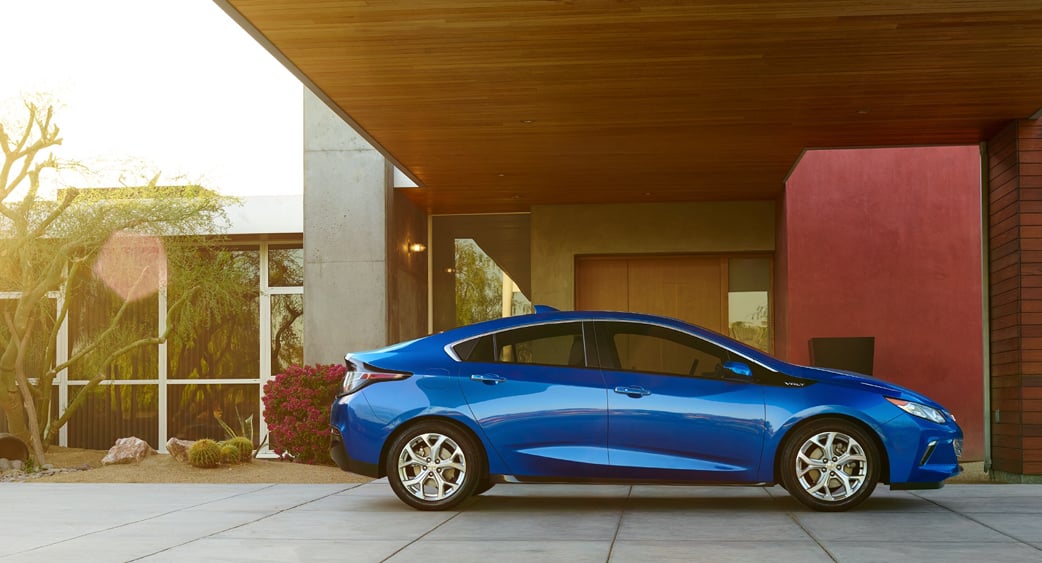 General Motors achieved a major milestone in the fourth quarter of 2018, selling its 200,000th plug-in vehicle in the United States. While that may be an impressive milestone, it also represents the beginning of the end of the automaker's ability to offer federal EV tax credits, and starts the clock for car buyers hoping to tax advantage of the incentive before it disappears.

The American automaker boasts multiple electric offerings, ranging from the luxury Cadillac CT6 plug-in hybrid to the compact Chevy Bolt. Currently, such battery electric and plug-in hybrid vehicles are eligible for the U.S. federal income tax credit of up to $7,500, with the amount of money determined by the capacity of the battery used to power the vehicle.

However, now that GM has cumulatively sold 200,000 of its electric vehicles, the tax credit must be gradually phased out, beginning this April.

Phasing out the federal tax credit

Created by the Obama administration in 2009, the EV tax credit was designed as a way for the federal government to encourage automakers to produce more electric vehicles, while also incentivizing drivers to purchase more environmentally-friendly EVs, despite the relatively high cost of battery technology. Meant as a temporary measure for popularizing EVs, the credit came with a built-in cap of 200,000 vehicles sold in the U.S. After an automaker has surpassed that cumulative sales total, the tax credit is gradually eliminated over an 18-month period.

The full $7,500 credit remains in effect for the quarter in which the 200,000th EV is sold, and for the first full quarter following the milestone. In the following second and third quarter, however, the credit is reduced by 50 percent to $3,750. In the fourth and fifth quarter, the credit is halved again to $1,875, and by the sixth quarter after achieving 200,000 sales, the credit is phased out completely.

The first automaker to cross the threshold was Tesla, which sold its 200,000th vehicle in July 2018. On January 2, 2019, the company reduced the sticker price for all of its models by $2,000, in order to partially compensate for the $3,750 decrease in federal tax credit, according to The Verge.

In January, GM announced that it has now become the second automaker to hit 200,000 EV sales, and will see its federal tax credit reduced to $3,750 on April 1, 2019. That means anyone who wants to buy an electric vehicle from GM and still receive the full $7,500 tax credit must make their purchase by the end of March.

Despite just recently hitting 200,000 sales, GM seemed to limp past the finish line, as the automaker's EV sales were actually down in 2018.

Last year, the company sold only 18,019 Chevy Bolts, representing a decline of more than 20 percent compared to 2017. The 18,306 Chevy Volts sold last year also represented a 10 percent drop in year-over-year sales for the company's original plug-in hybrid, which debuted in 2010.

As a result, GM announced near the end of 2018 that it was discontinuing production of the Volt, as well as the Cadillac CT6, and pursuing a broader company-wide restructuring process. That restructuring also included the closing of four U.S. manufacturing plants, and the laying off of 14,000 workers, which drew the ire of the Trump administration.

GM CEO Mary Barra has encouraged the federal government to expand the EV tax credit, while President Trump has threatened to eliminate it entirely to punish GM for its recent downsizing decision. However, such a sweeping move would have to be approved by the United States Congress.

At the moment, only Tesla and GM have succeeded in surpassing the 200,000 threshold, but many more are poised to join the pair in the coming years. How quickly they do so, of course, depends on their current sales total, as well as the pace with which they are managing to move their electric lineup.

According to EV Adoption, Nissan is currently the closest, having sold over 127,000 EVs thus far. Thanks to the Leaf, the best-selling electric vehicle in the world, the Japanese automaker is likely to hit the 200,000 mark in the year 2021.

Also projected to hit 200,000 by 2021 is Toyota, which is roughly halfway there, but gaining steam thanks to the Prius Prime. Ford is on pace to achieve the magic number in 2022, followed by BMW and Volkswagen in 2023, and then Volvo and Mercedes-Benz in 2024.

The vast majority of automakers are unlikely to sell 200,000 EVs until 2025. Honda, Kia, Hyundai, Mitsubishi and FCA are among the major OEMs still six years away from having to phase out their federal tax credit.

For American car buyers, this means a limited window of opportunity to take advantage of the full federal tax credit of $7,500, which will decrease by 50 percent for all GM models on April 1, 2019, and likely affect Nissan and Toyota within the following two years.

Act fast to secure the federal tax credit. While you're at don't forget to check out what state and local incentives are available when purchasing an EV charger. Check out our Incentives page to see which ones you may qualify for.