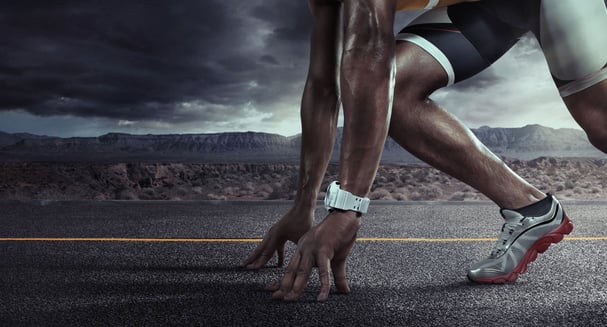 When electric cars first hit the market, many automotive critics criticized EVs as being sluggish.

Since then, electrified sports cars from Tesla and other luxury automakers have done quite a bit to dissuade drivers of that outdated notion. And if anyone needs further evidence of how far EV powertrains have come, they should take note of the fact that there are two electric cars on the horizon with "Bolt" in the name, and one of them is being produced by a world-famous sprinter who literally holds the title of "fastest man on earth."

Bolt has financially invested in and become the brand ambassador for Bolt Mobility, a startup specializing in electric scooters, ridesharing and a two-passenger electric car called the Bolt Nano.

At the VivaTech show in Paris, France, Bolt Mobility revealed that the Bolt Nano will be arriving in 2020 with a price tag of just $9,999. The incredibly compact vehicle that seats two despite being small enough to "fit through a doorway" has a sleek and futuristic look. Bolt Mobility has said the Nano is designed for longer urban commutes, though it will likely have a low-range battery pack, considering its size.

Though there are few details currently available about the EV or its powertrain, interested parties can already reserve one for $999.

That initial payment could actually be a worthwhile investment, since Nano owners can actually make money by renting out their vehicle to other Bolt customers through the Bolt Mobility platform. Whenever you want your Bolt back, the high-tech GPS navigation system allows the team to locate, charge and return your Nano to you.

When it comes to electric cars bearing the Bolt moniker, most drivers are probably more familiar with Chevrolet's offering than the two-seater Usain has been working on.

Upon its introduction in 2017, the Chevy Bolt EV was named the 2017 Motor Trend Car of the Year and the 2017 North American Car of the Year, thanks in large part to its combination of affordability, practicality and impressive EPA all-electric range of 238 miles.

Now General Motors has confirmed that it's next electric car will be an all-new crossover built on an "advanced" version of the Bolt's platform, according to Car and Driver. Many are speculating that the electric sport utility will ultimately be released as the 2021 Chevrolet Bolt EUV, with the acronym standing for "Electric Utility Vehicle."

There are virtually no details available about the EUV, though there's plenty of speculation.

In 2017, GM CEO Mary Barra announced that the American automaker would offer "desirable and profitable vehicles" with a range of over 300 miles by 2021, as part of its commitment to creating a global portfolio of 20 zero-emissions cars available by 2023. Some are hoping that this new EUV could be one of the promised 300-mile-plus-range EVs, though Car and Driver notes that the EUV may not hit that range, as the cars Barra hyped are set to be built on a totally new platform. At the very least, though, the Bolt EUV will likely improve on the Bolt EV's current range.

Either way, we should know soon, as the crossover appears that it will be ready to debut by the end of the year, before going on sale as a 2021 model.