What the new presidency could mean for the future of EVs 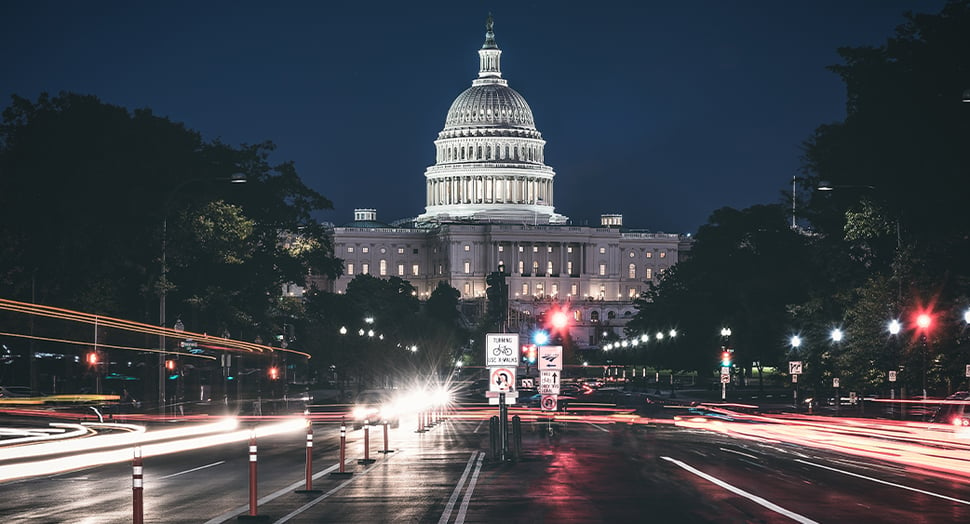 How will the EV industry be affected by the new administration? What are Biden's top priorities for carbon emissions in the US?

Gas-powered vehicles produce emissions that contain harmful chemicals, including carbon dioxide, which is a greenhouse gas.

When greenhouse gas emissions enter the atmosphere, they cause the planet to get warmer, leading to rising temperatures worldwide and subsequent changes to the environment.

These changes can include the melting of ice caps, flooding, storms and unsafe temperatures. Not only that, but gasoline emissions also damage air quality, making it more difficult for humans and other species to breathe and sometimes leading to respiratory issues.

For the health of our planet and those who inhabit it, it’s important to cut down on carbon emissions and other air pollutants. One way to do this is by regulating the production of vehicles so they have a cap on how much gasoline they can burn.

Some presidential administrations have taken important steps towards limiting carbon emissions, while others have not.

While Barack Obama was in office, he enacted several policies aimed at cutting down carbon emissions, including one in which automakers had to raise emissions standards by 5% every year. At the time this was enacted, it meant that automakers would have to produce vehicles with at least 35.5 miles to the gallon by 2016. Two years later, the administration announced that it would try to double that goal by the year 2025.

While higher gas mileage saves drivers money on fueling their cars, it can make the initial purchase of the car more expensive because car manufacturers have to spend more money making the vehicles. Therefore, enacting this policy created more expenses for car manufacturers, which some drivers believe creates more cost for themselves.

Donald Trump, in an attempt to make cars cheaper for consumers and save car manufacturers money, rolled back emissions standards set during the Obama administration. Under this new policy, termed the Safer Affordable Fuel-Efficient (SAFE) Vehicles Rule, emission standards for car manufacturers only need to increase by 1.5% every year instead of the 5% that President Obama had put in place. That means gas mileage for vehicles only needs to increase slightly, allowing car manufacturers to continue to produce cars cheaply and with little regard to environmental consequences.

Critics of the new rule believe that it will lead to billions more metric tons of greenhouse gases entering the atmosphere, as well as an $80 billion increase in consumer spending on gasoline.

Running against Donald Trump in the 2020 presidential election, Joe Biden made it clear that climate change is one of his top priorities.

Within his first week, he announced higher emissions standards for the transportation industry, reflecting one of his campaign promises. This includes rolling back the SAFE Vehicles Rule, once again requiring car manufacturers to increase their emissions standards at a higher rate.

He also is considering revoking California’s authorization to set their own tailpipe emissions standards, which is a level of state authority that wouldn’t coincide with the concept of nationwide standards for car manufacturers.

Not only is the Biden administration requiring car manufacturers to be more eco-friendly, but he also wants to make the promotion of EVs a top priority. He has pledged to add 550,000 EV charging stations to communities all over the country, plus, he also supports new tax incentives for EV owners on top of the tax deduction they already receive.

What this means for the EV industry

All things considered, this could mean that the future of the EV industry is looking bright. For one thing, the new presidency is starting a dialogue about the importance of combating climate change. The more people begin to realize how urgent the issues of global warming and pollution are, the more personal changes people make, like switching to an EV.

Additionally, it’s possible tighter emissions regulations for car manufacturers will make gas-powered vehicles more expensive to purchase, making them catch up with the higher price tag of EVs. One of the reservations that drivers have about switching to an EV is the higher upfront cost, but that may soon be as big of a discrepancy.

Another aspect of owning an EV that makes drivers apprehensive to make the switch is the lack of convenience. There are far more gas stations than there are EV charging stations, and the thought of being caught with a low charge and no charging station in sight is a frightening one. However, if the Biden administration comes through on its promise of boosting EV charging station accessibility by building over half a million more, that could become a concern of the past.

With a nation that is caring more and more about the environment, it’s likely that we’ll see an increase in drivers switching to EVs. The new presidency might just be the push this industry needs.

Contact us to learn more about the future of EVs.