Electric Car Time Machine: EVs are Older Than You Think 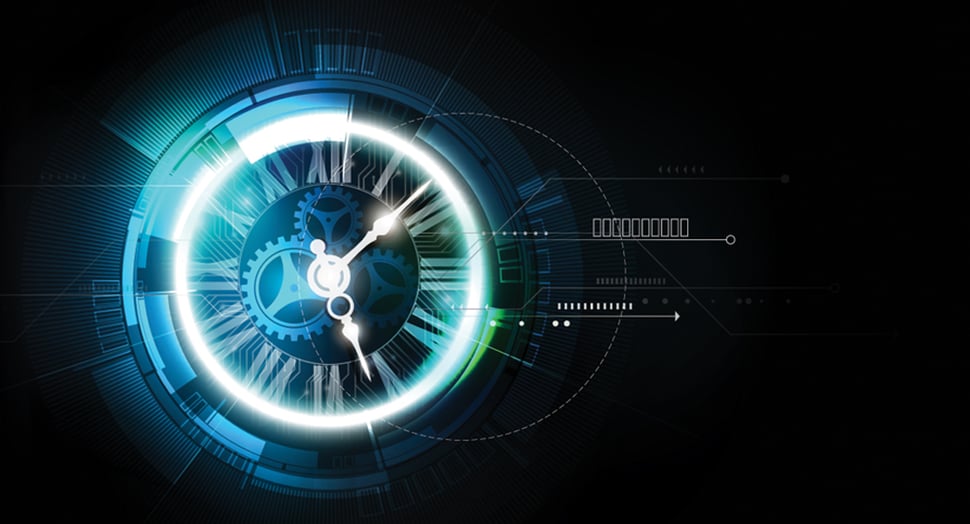 EVs are considerably older than you might think, and a little over a century ago, were nearly twice as common as their gasoline-powered counterparts.

Looking at these figures and projections, it's easy to conclude that the future is electric.

It may surprise many to learn, however, that the past is also electric. EVs are considerably older than you might think, and a little over a century ago, were nearly twice as common as their gasoline-powered counterparts.

A brief history of the electric car

Though some primitive and impractical models were built as early as the 1830s, it was not until 1897 that the first successful electric vehicle debuted in the United States, according to the U.S. Department of Energy. Invented by William Morrison of Des Moines, Iowa, the Morrison Electric was little more than a glorified, electrified wagon, but it paved the way for EVs to come.

By 1901, an estimated 38 percent of cars in the United States were electric, putting the EV basically on par with vehicles powered by steam, which accounted for 40 percent of all vehicles. Trailing significantly were automobiles that ran on gasoline, which made up only 22 percent of the market.

According to the Washington Post, in 1915 there were 4,000 electric cars on the streets of Chicago, and 3,200 in the city of New York, helping to curb pollution in America's densest urban environments.

In addition to limiting the amount of exhaust gas entering the atmosphere, the first heyday of electric cars also contributed significantly to the reduction of another type of harmful emission: horse droppings.

In New York City alone, traditional horse-drawn carriages once clogged the streets with roughly 2.5 million pounds of manure every day. Electric cars were quite literally a "cleaner" vehicle.

Not only did EVs cut down on the stench of animal-powered transportation methods, but they also sidestepped the smelly fumes created by gas-powered models. Furthermore, electrics were quieter and easier to drive than steamers and gasoline cars, which had to be started with a hand crank.

These qualities made electric cars especially popular with female drivers, who became the driving force behind their success in the early part of the 20th century.

Denver socialite Margaret Whitehead said she drove a Fritsche Electric because EVs allowed a lady to "wear the most perishable and delicately hued gown she possesses, and the daintiest of footwear without giving a thought, for when she arrives at her destination she is unsullied and her coiffure is as unruffled as when she left the house."

In 1909, Helen Taft began driving a rather distinctive two-seater Baker Queen Victoria Electric car with a blue upholstery and doors featuring the U.S. coat of arms. Contemporary newspaper reports noted that "the use of an electric car by the President's wife will undoubtedly give a great impetus to the electric vehicle business."

Taft's successor Edith Wilson also drove a Baker Queen Victoria Electric, and before marrying President Wilson she had in 1904 reportedly become the first woman to drive an electric car in Washington D.C. Her husband never actually learned how to drive himself, but was sometimes chauffeured around the District of Columbia in a Milburn Light Electric, produced by the Milburn Wagon Co.

Even Henry Ford purchased a Detroit Electric every two years for his wife Clara, who preferred a clean electric vehicle to her husband's smoke-producing automobiles. However, the general public had the opposite inclination, which helped bring to a close the first period of EVs in America.

End of an electric era

Ford's revolutionary Model T may have relied on hand-cranking and produced more odorous exhaust than an electric car, but it was also considerably less expensive.

In 1912, the Model T could be purchased for $650, which was just a little more than one-third the price of a comparable EV, which would have sold for $1,750. According to The Washington Post, the difference, when adjusted for inflation, was equivalent to $17,000 for a Ford versus $47,000 for an electric. That made the assembly-line manufactured "Tin Lizzie" arguably the first affordable car in America, greatly expanding the automobile industry and profoundly changing the national culture.

It was also in 1912 that inventor Charles Kettering developed the electric self-starter for Cadillac, which allowed drivers to operate a gasoline vehicle without the inconvenience of a hand crank. Then the Texas oil boom of the 1920s made gasoline a more affordable fuel option, and the proliferation of filling stations across the United States meant electric vehicles were essentially extinct by the mid 1930s.

There was some renewed interest in electric cars during the 1970s, fueled in large part by the oil crisis of 1973, but EVs faded back into obscurity toward the end of the decade.

The 1990s brought about another round of eco-conscious vehicles, including the cultishly adored EV1, released by General Motors in 1996. The following year, the Toyota Prius became the first mass-produced hybrid, before becoming available worldwide in 2000.

In 2006, Elon Musk's Silicon Valley startup Tesla Motors announced it would produce a luxury electric sports car with a range of over 200 miles. More established automakers took note of the competition, and began introducing their own electric vehicles, sales of which were boosted by various state and federal tax incentives.

Now almost every major car company has electrified its portfolio to some extent, and drivers have grown increasingly enthusiastic about EVs, which continue to develop longer ranges, higher performance capabilities and better batteries.

As electric vehicles continue climbing back to the position of popularity they once held, Webasto will be there to provide the charging infrastructure needed for widespread EV adoption. Webasto helps both private and commercial enterprises install their own chargers, and the experts at Webasto Charging Solutions make purchasing and installing a charger easier than ever.